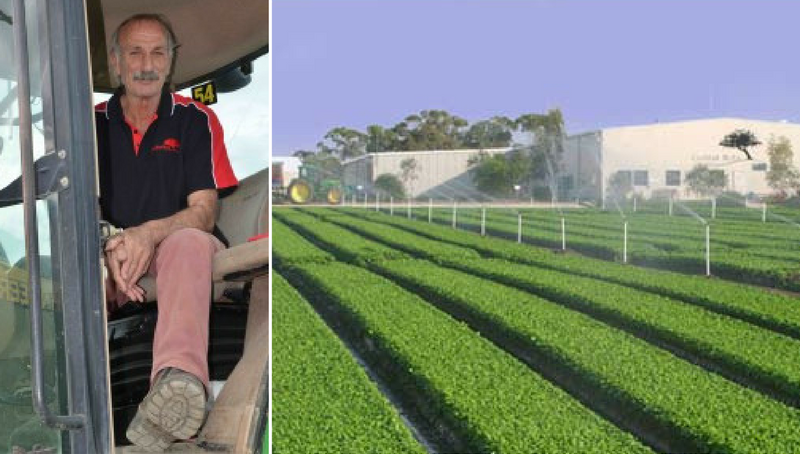 Coolibah Herbs are one of our suppliers of organic produce

Michael and Jenny Bogicevic started Coolibah Herbs in the early 1980s in Pearcedale on the Mornington Penninsula, Victoria. They began growing a variety of vegetables and herbs on a 45 acre farm.

Mesclun or Salad Mix, as it is known, was beginning to emerge in Australia in the 1990s. Coolibah Herbs was one of the first growers to see this product line and its potential in popularity, and decided to pursue large scale production. With the variety of lettuce and Asian greens necessary to produce this product, an adjoining farm was purchased.

As the business grew rapidly and the demand increased, more land was purchased near Mildura on the Victorian/NSW border. With the geographical diversity of the farms, it allowed an increase in volume and the ability to maintain year round production.

In 2010, Coolibah Herbs converted a number of their farms to certified organic. Relying on farming practices that work with natural cycles, rather than chemical intervention for the highest quality produce, Michael Bogicevic has realised many positive aspects – “With heavy applications of organic compost and manures, we have seen an increase in worm populations, which has encouraged us to use these practices on our conventional farms. Another realisation is the flavour that organic produce has.” These are great words from a conventional farmer of 35 years who was initially sceptical of organic produce being any different from conventional.

As a family owned business, they care about the long term sustainability of the environment in all areas they operate. They promote the wildlife on their farms and keep people informed of the ever changing natural environment in and around Coolibah Herbs.

With Coolibah’s high values, focus and care in producing quality products and their dedication to their customers, they adhere to strict standards on all levels of production – from germinating their own seeds in their nursery, to harvesting, right through to transporting the products to the customer.

With their continued innovative thinking and the demands of their consumers, their range has increased to a variety of lines such as baby spinach, rocket, kale, broccoli, potatoes, beetroot, onions and herbs to name a few. They now farm over 2000 acres selling to major customers here in Australia and overseas.