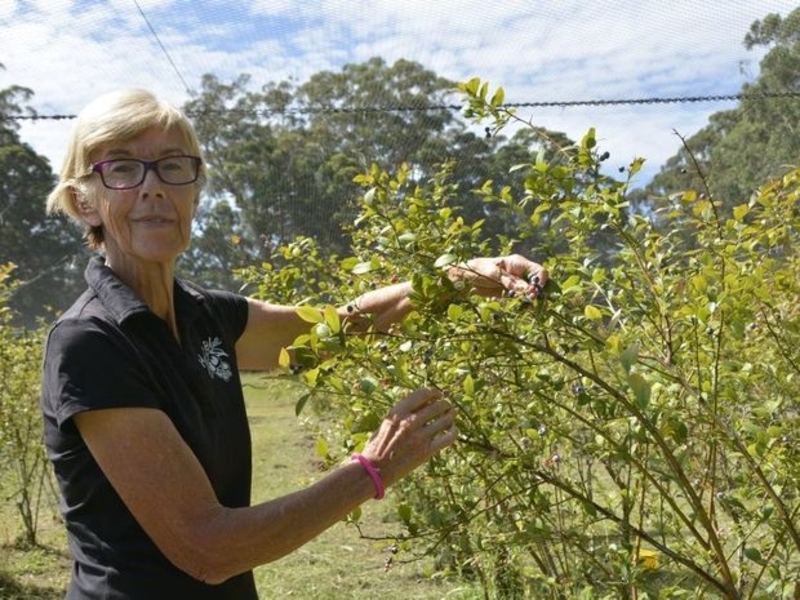 Hampton Blue is an organic berry orchard located in Hampton, just north of the Great Dividing Range. Since 1983 the orchard has specialised in growing organic blueberries. They now produce over 11 varieties of blueberry, each with their own unique flavour.

The orchard is family run by Robert and Sue Groom, and their sons Andrew and Ed, employing people from the local community as required. Hampton Blue aim to provide only certified organic, naturally grown, quality fresh berries. Processed products, such as jam and sauces, remain as pure as possible and are made on site by Sue in their licensed kitchen. Only the best fruit is distributed to Eco-Farms, with seconds being frozen and sold through their online store and locally.

Hampton Blue didn’t start out as a blueberry orchard. When Robert and Sue originally brought the land in 1982 they experimented growing fruits such as pears and raspberries, before blueberries became their main focus. Hampton Blue became certified organic about nine years ago.

A typical year at Hampton Blue consists of picking season between October and March, maintenance between March and August, with a much needed break in between.